Tired of scrolling endlessly through Netflix movies? Avoid that decision paralysis and brush up on your Spanish language skills! Watch the top 5 best critically acclaimed Spanish movies available on Netflix:

*Disclaimer: most of the the movies on this list are rated R. They’re great listening practice for adults, not for kids!

Aluna is a documentary about the Kogi people of Colombia. The documentary features both Spanish and English languages, used to tell the story of a civilization that has only sporadically interacted with its sister civilizations and whose spiritual leaders are trained to connect to a cosmic consciousness called “Aluna.”

Three different stories about people living on the outskirts of Mexico City. Tarantino-esque in tone and use of violence, the movie has been called “harrowing, powerful and often disturbing.” It’s not for the faint of heart, but for those who enjoy the genre, it’s well-crafted and expertly executed.

A recent release and a tribute to the era of silent film, Blancanieves is a retelling of Snow White where, after escaping from her murderous stepmother, young Blancanieves joins a group of bullfighting dwarves. It’s a silent movie, so leave it in its original Spanish and practice your reading! 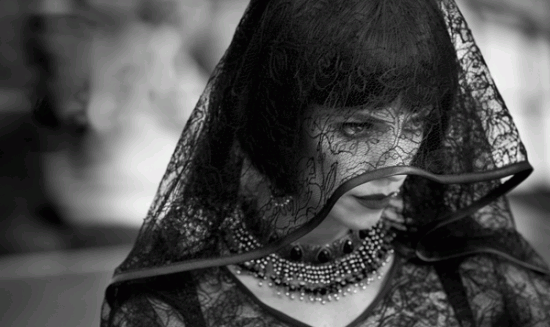 An arthouse movie from 1993, El Mariachi follows a kind-hearted man who, despite his best efforts to lead a nomadic life with his guitar, is drawn into a conflict with the criminal underworld when he’s mistaken for an assassin. The movie is both violent and whimsical by turns, with an unpredictable plot.

Chico and Rita, a pair of talented jazz musicians in 1948, follow their musical dreams and build their relationship as they travel from Havana to cities across the globe. It’s a beautifully animated movie with an original soundtrack and music from some of the greatest jazz musicians of all time.

Having trouble understanding what’s going on in the movie? Check out our local Boulder and Denver Spanish classes to step up your Spanish game and take your learning to the next level!

Study Abroad with the Spanish Institute!!

Free Resources for Learning to Read in Spanish 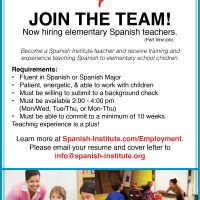 Get to Know the Spanish Institute: Isabel Enright

12 out of the ordinary ways to practice Spanish